We’ve all heard the phrase ‘daddy’s girl’, but why do daughters have this special bond with their fathers. In this article, let’s discuss the dynamics of typical father-daughter relationships and provide some clarity on why dads are protective of their daughters. 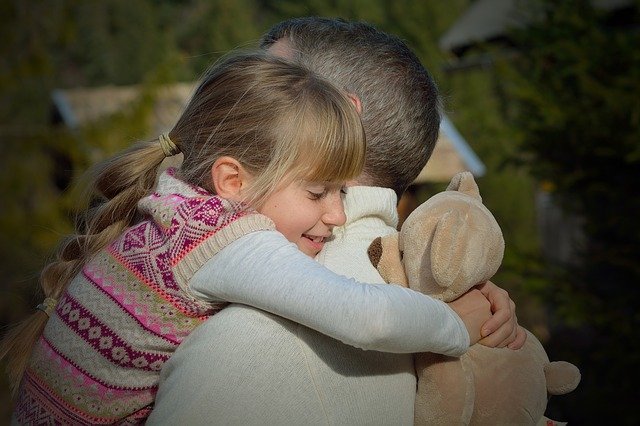 Are mothers or fathers more protective?

Do mothers care more than fathers?

It is important to acknowledge that most fathers care greatly for their children and that is not under dispute here. It is not fair to suggest that mothers care more, however it is interesting to see that Psychology Today reports,

“…it has been consistently shown that money given to mothers is far more likely to be spent in a way that benefits their children than is money given to fathers”.

There are two potential reasons for this; that mothers are biologically wired to care for their children in this way or that women have historically been excluded from the workforce, and are extremely protective and resourceful with their household spending. For some, this is evidence that mothers care more for their children, or at least in a different way to fathers. The jury is still out on this research and there is no doubt that most parents care deeply for their children.

Why are fathers more protective of their daughters?

It is a common belief that fathers are protective of their daughters and that they worry about them more than they worry about their sons. There are recent findings that suggest father’s brains are programmed to process interactions with their sons and daughters in different ways. Opinions are divided on why this is the case. It might be a biological reaction or a response to traditional gender norms, that still strongly impact how we behave today.

Why do dads love their daughters so much?

Why do daughters love their fathers so much?

Daughters seek approval from their fathers at each step of their lives and it is important for them to get it, at least some of the time, to feel good about themselves. Daughters often look to their fathers for affirmation of their character and to validate who they are as a person. It is important that dads recognise the power of their relationship with their daughter and the impact as they grow.

Why do some fathers spoil their daughters?

Fathers are hard-wired to want their children to be happy and content. They respond particularly well, in neurological terms, when they see their daughters smile and laugh. Fathers want their daughters to have positive life experiences and will try to make things smooth for them.

A number of fathers have busy work schedules, and yet still want to be a strong presence in their children’s lives. Fathers can spoil their children in an attempt to compensate for time spent away and ease their own guilt.

Sometimes though, fathers just want to do something nice, and there is nothing wrong with that!

How do fathers affect daughters self esteem?

Today, many fathers are present in their children’s lives and build strong emotional attachments from birth. This provides a foundation for a positive relationship between a father and their daughter. When fathers spend meaningful time with their daughters they become much closer, and often dads become both a support and role model.

Fathers have a powerful impact on their daughter’s self-esteem, both in the moment and in adulthood. Fathers who verbally encourage and support their daughters not only have stronger relationships – their daughters generally have higher self-worth and a healthier self-image.

Does growing up without a father affect a girl?

Yes, it is true that girls who grow up without a father face a set of emotional challenges throughout their lives, than those with a father present may not. Since self-esteem for girls is strongly connected to their interactions with their father, it is important to be aware of this emotional gap and support girls in this area from day one.

Very Well Family shares that girls who grow up without a dad need a strong support network that includes positive, male role models to help address this missing relationship. It can also be helpful to be intentional about praising a girl’s character, being aware of her own individual emotional needs and to get her into activities that help to increase a sense of self-worth, like sports or drama.

Just like that, in the blink of an eye, your daughter is all grown up and ready to start dating. It is not always easy for dads to feel comfortable with this development and the changes it brings because it can change their own father-daughter dynamic. A dad’s hero status, in the eyes of their daughter, can feel threatened when there is another male in the picture. Plus, all of those protective instincts kick in for dads, who desperately want their daughters to be safe and loved, but not hurt in any way.

How to talk to a teenage daughter about boyfriends

It’s important to focus on an honest relationship with your daughter where trust is built over time, and to accept that this is a two-way street. This means that you need to be open and honest too. Before you embark on a conversation about boyfriends with your daughter there are a few things for you to think about; her need for independence, her respect for your family rules and her physical and emotional safety.

The scene where a dad meets his daughter’s boyfriend is a sitcom favourite and we can all recall a comedy programme or film where this happened! In real life, dads have said all sorts of things to their daughter’s boyfriend, that they may or may not have regretted afterwards.

Ultimately, dads care about their daughters and want to protect them from harm and it is not easy to respond perfectly to meeting the new male in their life. The mature, though not always easy, thing to do is to shake the guy’s hand, say hello and give him the benefit of the doubt from the start.

What is a toxic father daughter relationship?

There are boundaries to every father-daughter relationship and when these are not respected by both parties, it can cause trouble. For example, a father who does not allow his daughter to have a good degree of independence may push her away and cause communication problems. When this happens a lot, it can turn into a toxic relationship where there is no compromise and control issues emerge. This is not a good scenario for a father or daughter to be in and so it is key to keep talking, and most importantly, listening to your daughter as she grows up.

Why would a father be jealous of his daughter?

A father could be jealous of his children, and daughter in particular, when he sees her getting lots of attention from their mother, that he wants for himself. It is a big adjustment to welcome children into a family and some dads do not cope well when their relationship with their partner changes.

Jealousy may also arise when a father’s own life is not going well and his daughter’s life is on track as it did in this situation. We don’t hear about this often, but it can happen, or at the very least feel that way for some people.

2 thoughts on “Why Are Dads So Protective Of Their Daughters?”