Dads play a crucial role in the development of their children, and sons in particular look up to their fathers as role models who can shape their character for their teenage and adult life. 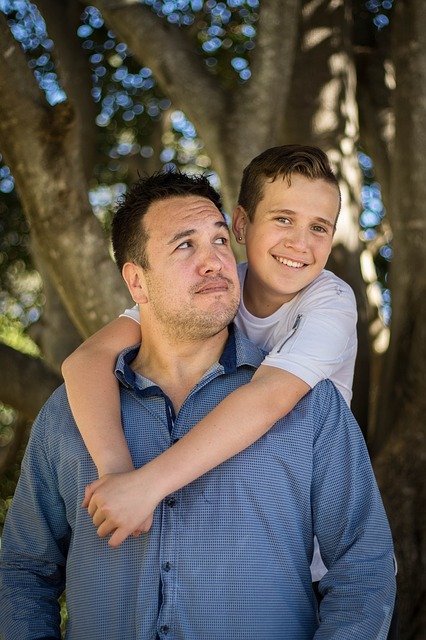 In this article, let’s take a look at why sons need their fathers, why dads tend to be harder on them and how fathers can affect their development.

Why sons need their fathers?

Dads play an incredibly important role in their son’s life. The statistics and data on how having an absent father can affect boys (and girls too) is very alarming.

How dads influence their son’s development

From their dad, boys learn how to treat and respect women as they observe the relationship between their mother and father. They also learn how to communicate effectively from their dads, as fathers tend to use more complex language when they speak to their children, such as asking how to explain things and referring to past events. Mums get their children talking, but dads provide them with the vocabulary and confidence to speak to people outside the home.

At what age does a boy need his father?

According to Steve Biddulph, author of Raising Boys, sons start to need their dads from ages 6-14. During this time, boys start to look for role models in their lives, and turn more towards dad as the primary parent. Mums are still very important, but they generally play a bigger role for the first few years of a child’s life.

Why are some dads harder on their sons?

Hopefully dads like this don’t really exist! Unfortunately many dads are harder on their sons, as there’s a perception that it’s always been this way. Basically boys need to be tough and resilient in the competitive world. However, in some cases it can be detrimental to their development.

For example, many believe that boys and men shouldn’t show negative emotions, and keep things bottled up inside, because it’s what ‘men’ do. But boys need to cry when they feel the need to, as it allows them to release this emotion. Keeping it trapped inside can cause them to become angry and lash out instead. Dads need to understand there’s no shame in letting their sons have a good cry when they need to. In general, it’s important for dads to be in touch with their emotions as this passes on to their children, helping them understand empathy and develop a higher level of emotional intelligence.

Also, many dads have an obsession that their sons need to win all the time. However, while it’s important to strive to be the best you can be, putting too much pressure on children can cause anxiety. In many cases, a son can make the connection that their dad will love them more when they win, and less when they lose, which is a very negative situation for a child to face.

Why are some father and son relationships so difficult?

Certain issues can arise between a father and a son, when the child begins to challenge his dad’s views and beliefs. For most of their childhood, in general, sons idolize their fathers and look to them for guidance. However, when they get older and become young adults, they want to become their own person. This can cause some serious friction between father and son, particularly when puberty kicks in.

How abusive fathers affect their sons

Abusive fathers can cause a whole host of problems and issues for their offspring. It can cause low self-esteem in children, behavioural problems, depression, and the inability to have healthy relationships when they are adults. Furthermore, many children can feel they are responsible for any violence in their home. Here are some other consequences of having an abusive father in a household.

How fathers affect their sons?

Fathers play a huge role in shaping their son’s character. Children need role models, and sons in particular really start looking to their dads for guidance when they become young boys. They seek approval from their fathers, and look towards them to feel emotionally and physically secure. Children in general love making their dads feel proud and when fathers show love and support, it gives children a huge boost in their self-confidence and self-esteem.

How does not having a dad affect a boy?

Although many children do fine in a single-parent household, in general having an absent father can have a very negative effect on a child’s development and their prospects. The chances of being involved in youth crime, having behavourial problems, and developing issues with drug and alcohol abuse greatly increase.

What should a man teach his son?

Here are five things every father should teach to his son, to ensure he is a model citizen!

What is a father son relationship called?

The bond between a father and a child is called a paternal relationship. You can use the term ‘filial’ to describe the duties, feelings or relationships between a son/daughter and their parents.

Why are dads strict with their daughters?

Dads are generally stricter with their daughters because they worry about them more, and feel they are more vulnerable and need protecting.

Why do fathers love their daughters more than their sons?