These days we take it for granted when we change a disposable diaper for the millionth time and put a new one on our baby. But I often wonder what did parents do before disposable diapers were invented? What material did they use? How did they manage? 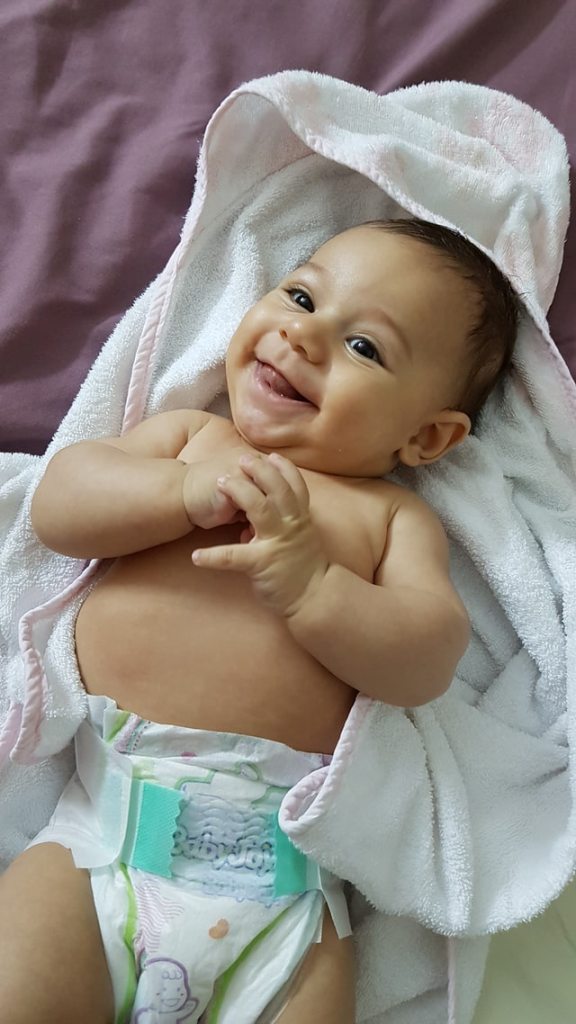 The first disposable diapers were invented in the 1940s, although there is some debate as to which country created them first. Furthermore, the origins of the diaper go further back than this. In this article, let’s take a look at the history of the diaper in more detail.

Here is a timeline outlining how the diaper has evolved over the years and what parents used to do.

What did parents do before diapers were invented?

In ancient times, parents used whatever material they could find in their local area to use as a diaper for their children. This usually consisted of grass, moss, rabbit skins or even a combination of these materials. Animal skins were popular in colder climates, but in some warmer countries, they didn’t use diapers at all.

Cloth started to be used as a material for diapers around the 15th century, but it was very different to the cloth diapers we have today.  Some parents would wrap their babies in swaddling cloth with a little opening at the bottom so they could go to the toilet when they needed. However, sometimes these cloths would rarely be changed and not washed properly, so it was very unhygienic.

It wasn’t until the 1800’s that cloth diapers started to look a little closer to what we have today. It basically consisted of a piece of cloth, cut into geometric pieces, which was wrapped fairly tightly around the baby’s waist and bottom. However, it still wasn’t that effective as it often leaked and parents still didn’t change them enough.

In 1887 cloth diapers finally entered mass production for parents to use with their children. They were held in place with a safety pin (which itself was invented in 1849) so it took a while to enter circulation as only rich families could initially afford it.

Furthermore, it was also around this time that parents started to boil used diapers to sanitize them. Some parents also tried adding  a cover over the diaper to help keep the clothing dry. These were usually either just some shorts or some woollen pants.

When were disposable diapers invented? Who invented them?

The origins of the disposable diaper started to appear in the 1940s. In Sweden, Paulistróm came up with an idea to put a disposable pad made from cellulose tissue inside some rubber pants. This was in part due a shortage of cotton because of WW2.

In 1946, in the USA, Marion Donovan came up with an idea of a breathable cloth diaper featuring a waterproof plastic cover to help absorption. Initially this new idea was very unpopular with manufacturers as they felt there was no need to rock the boat due to the popularity of the ordinary cloth diaper. So Donovan decided to try and produce it herself. Three years later in 1949, her diaper invention called the ‘Boater’ hit the stores and started selling out. In 1951 she received a patent for her waterproof diaper, but later sold it for $1 million.

Why were they invented?

Most people think disposable diapers were invented for convenience, but it was really to stop the build up of moisture which could cause diaper rash and discomfort for the baby. However, convenience is a big factor these days because the modern day parent tends to be busier, especially if both mum and dad are working full-time jobs.

When did they become popular?

These days around 95% of parents in most Western countries use disposable diapers in an industry worth around $71 billion a year. They started to become popular when the big manufacturers started to mass produce them. In 1948, Johnson and Johnson unveiled the first disposable diaper which was available to the whole market. Later, Procter and Gamble released Pampers, a name synonymous with diapers till this day. In the 1960s, cellulose fibres were added to diapers to improve their absorption.

When were Luv diapers invented?

Luvs are a brand of diapers created by Procter and Gamble. They were formed in 1976, initially producing some high end products before entering the budget market in the 1990s.

What year were Pampers invented?

Pampers diapers were born in 1961 and they were also manufactured by Procter and Gamble. After several different designs and modifications, Pampers became one of the most successful diaper brands of all time. This was in part due to their affordable pricing and quality performance.

When were Huggies released?

Huggies diapers appeared in the scene in 1978, but they underwent a lot of testing for about 10 years prior to this. They are produced by Kimberley-Clark.