Have you heard the name Libby before? I first came across it back when I was at school as there was a girl in my English class who went by the name but overall it wasn’t particularly popular among my peers. It turns out that Libby is not only short for a well known name, but it is just one of many shortened versions of the same name. Read on to find out more.

What is Libby short for?

Libby is traditionally short for Elizabeth, but it can also be short for Liberty, Isabel or Elisabet. There are lots of other names that are also short for Elizabeth that you may have heard of. Almost everyone has met a Liz, Lizzie or Beth or perhaps even a Betty, Bet, Betsy, Liza, Eliza or Lilibet. Libby is not uncommon, but it’s also not as popular as some of the others. Libby is a standalone name in its own right as well so if you like it as it is, go for it! 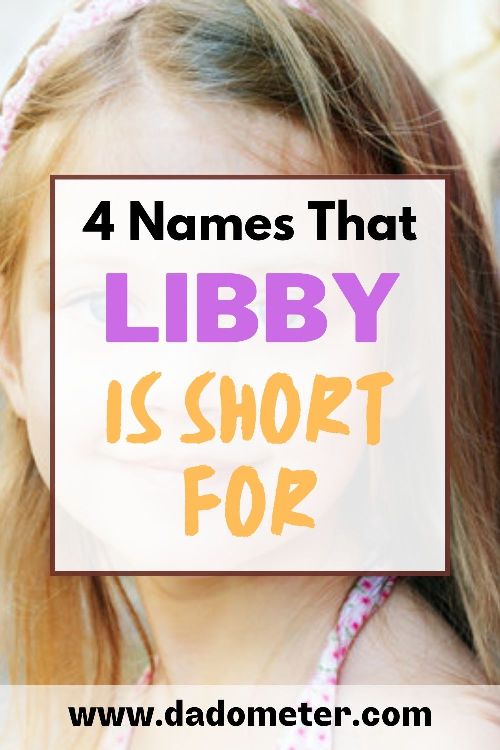 Where does it come from?

It’s believed that Libby came about when a child mispronounced the name Elizabeth. Then, it caught on and became a name in its own right! It’s a name of British origin and has been around for a very long time. It first became popular in the 16th century.

Libby means “God is my oath” or “God’s promise”. Elizabeth, which is where Libby comes from and shares the same meaning, derives from Hebrew and has had a long history.

What middle names go with Libby?

It’s important to choose a middle name that flows well with your baby’s first name. Here are some suggestions for middle names that go with Libby.

Consider whether your choice of middle name will also go well with Elizabeth, especially if you will use the full version of the name at any point. Try them out and add in the baby’s last name to see how all the names work together.

How popular is the name Libby?

According to the Social Security Administration, Libby was just inside the top 1000 most popular names from 2002 -2015. Since then, it has not made the list at all. This suggests that Libby is not a very popular name right now. It was also more popular most of the 20th century. However, Elizabeth has made the top 20 most popular names for decades. The story is the same in other countries, like the UK and Australia, where Libby has not made the top lists of girls’ names for a long time, but Elizabeth has remained common.

If you are looking for a classic name for your baby that you don’t hear every day, then Libby might just be right for you.

There are some well known people with the given name, Libby. Here are just a handful:

There are also a high number of famous people who go by Libby, but their given name is Elizabeth, such as Libby Trickett – the Olympic swimmer from Australia.

The name Libby is a strong name on its own, and it makes a good nickname or shortened version of Elizabeth (or another name). It is relatively uncommon and yet still has a long history with a strong meaning. It works well with countless middle names so try it out for size and see how it rolls off your tongue!

Anna is a mum of three who loves exploring the outdoors with her family and border collie. She has an MA in Childhood and Youth Development.