One tactic for coming up with a name for a baby is to think of any short names or nicknames you like the sound of first. Maybe you’re inspired by a nickname of a friend you had at school or a character from your favourite TV show? 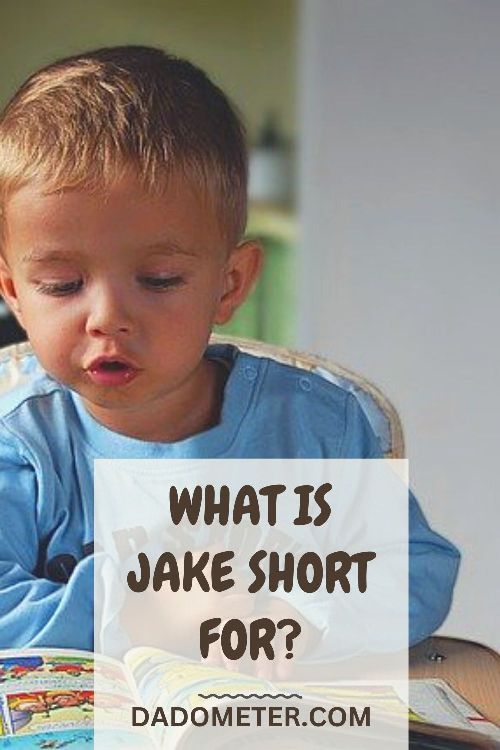 Jake is one option you might want to consider for a baby boy. It’s not that common, but it’s not too obscure if you don’t want something truly unique. In my daughter’s year at school, there is only one Jake out of 90 kids so in my opinion, it’s in the sweet spot for name choices!

What is Jake short for? Where does the name come from?

There are a couple of different names Jake can be short for. The most common is from the biblical name Jacob, but it is also a medieval variant of Jack.

Jake is of Hebrew origin and it means “supplanter”. As the name is usually derived from Jacob, it can also mean “God will protect”.

What middle names go with Jake?

If you’re keen on having the name Jake for your baby boy, here are some middle names you might want to consider. Furthermore, as the name is only one-syllable, you may want to think about a longer middle name of around two or three syllables as it will probably flow better when you say the full name.

Of course, as is often the case, you may want your son’s middle name to have a family connection to you or your partner, but hopefully this list has given you some ideas.

How popular is the name Jake?

In the USA it’s actually in gradual decline in terms of its popularity:

Jacob on the other hand is a lot more popular, sitting in first place in the US from 1999-2012 and as recently as 2020, it was in 13th place. It seems more common for parents to opt for the longer version rather than the shorter name.

Where in the world is it popular?

According to Google Trends, Jake is the most popular in Czechia, and then it’s pretty even between Canada, Australia, UK and USA.