My wife is a big fan of the Pirates Of The Caribbean franchise and loves the character Jack Sparrow (or she might just be secret fan of Johnny Depp without telling me!) Either way Jack is a popular name and has been for a long time.

You can find famous people called Jack, such as Jack Nicholson and Jack Black, and it seems a popular choice for a baby name; there’s a Jack in my daughter’s class at school and a Jack who goes to the same childminder as my son. In this article let’s look at whether Jack is short for anything and how popular it is today. 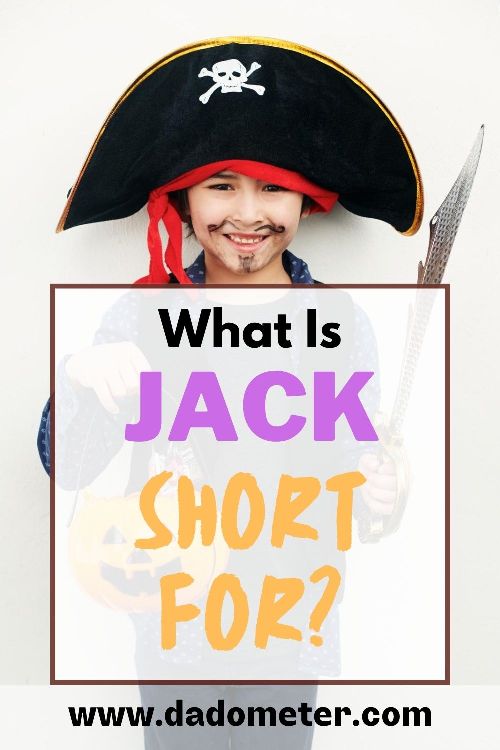 Where does Jack come from?

Jack can be short for a couple of different given names:

Jack has been a popular name for many years and it’s frequently used in fairytales and nursery rhymes, such as Jack and the Beanstalk, Little Jack Horner and Jack and Jill. The name is even used in the phrase “jack of all trades”, which I’m sure you’ve either used yourself or heard before.

Taking John as the given name, this means ‘god is gracious’. Jackson literally means’ son of Jack’ or ‘son of John’, but overall it’s still a lot more popular as a surname.

How popular is Jack as a name?

In the USA it is a very popular name and has been since records began. Since 1900, Jack has been an ever present in the top 200. It had little dip in the middle of the 20th century but it has become very popular again in the last 30 years.

Is Jack used as a surname?

You can find Jack used a surname. It is of Scottish origin and can be traced back to Renfrewshire, which is a historic county in Scotland. In the USA, Jack was ranked #2,382 as a surname in 2010.

What middle names can you use with Jack?

As the name is so short you can pick middle names which are quite long or short to follow and it should sound ok (in most cases). However as the name ends in a hard consonant, a middle name which starts with a vowel sometimes doesn’t work e.g. Jack Andrew (sounds like one word!). Here are some to consider:

To put it mildly, there are quite a lot. Here are some of the most famous people called Jack, who are either sports personalities or actors/musicians.