Years ago I worked at a school and I taught a pupil called Gus. I remember he was quite lazy when it came to completing his homework (I’m sure not all boys called Gus are like this!) However, in the UK at least, Gus is not a particularly popular name and I’ve very rarely come across it. In this article let’s discover what it is short for, what middle names go well with it and how popular it is now and over the past hundred years. Hopefully this will useful if you are thinking of names for your baby boy.

Where does the name come from?

Gus can be short for a number of given names including Angus, August, Augustus, Fergus and Gustav. However, in general Augustus is probably the most likely given name. Augustus is a Latin word which originated in Roman times. It was given as a title to the first Roman Emperor in 27BC and the name was first introduced to the UK in the 18th century. 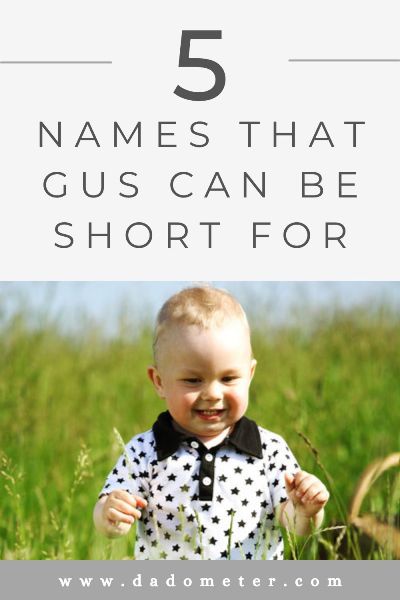 Other given names for Gus include Angus, which is an English spelling of the Gaelic and Irish name Aonghas, Fergus, which is a Scottish/Irish name that also comes from Gaelic, and Gustav, which is of old Swedish origin and is widely used throughout Germany and Scandinavian countries.

What does Gus mean?

Taking Augustus as a given name, this means ‘majestic’ or ‘magnificent’. Fergus means ‘man of force’, Gustav means ‘gods staff’ and Angus means ‘one’ or ‘choice’. Either way, these are some powerful meanings whatever given name you decide to have for Gus (or you may decide to just have Gus as it is)

What middle names should you consider for Gus?

To be honest I don’t feel having Gus as a given name gives you many options that work well as a middle name. I think it’s because the name is so short and it ends in a soft consonant –s sound. This means the next word either doesn’t flow at all well, or it flows too well and sounds like a new word e.g. try saying ‘Gus Evan’ to yourself and you’ll see what I mean. Let me know if you disagree in the comments below.

Therefore I’ve tried my best to choose some middle names that work with Augustus primarily but they should also work for Fergus and Angus too (hopefully!).

How popular is the name in the USA?

You can see from the chart above that the name has been declining in popularity since the year 1900 and it dropped out of the top 1000 in 1979. However, there has been a 2 year blip since where the name crept back up into the top 1000 in 2016 and 2018. Maybe this was down to a popular celebrity/character who was trending at the time?

Here are some well-known guys called Gus. There aren’t loads to list here but I’ve gone with some of the most popular: