Ellie was one of the names I wanted for my baby girl, but my wife wasn’t as keen. Our issue was that we had to pick a name which sounded pleasant in both English and Russian, and I guess for the Russian ear, Ellie just didn’t work! Nevertheless, I think it’s a lovely name for a baby girl, and so do many other moms and dads as Ellie is a very popular choice these days. In this article let’s take a look at what it’s short for, what middles names go with it and just how popular Ellie is as a first name.

Ellie tends to be short for Eleanor or Ellen. However, it can also be short for some other names such as Isabel/Isabella, Elizabeth, Elspeth, Eloise, Annabel/Annabella and Penelope. However, these days many parents just opt for Ellie as the given name with no longer version at all. 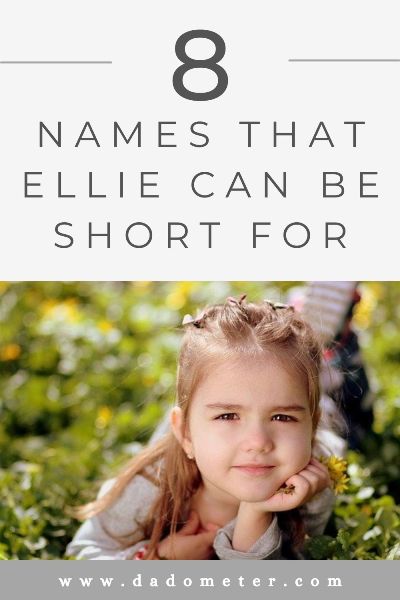 Where does Ellie come from?

Ellie first became a popular name in the UK, but as a nickname of Ellen or Helen, the name has roots in Greek culture. However, if we take Eleanor as the given name, then this can be traced back to the French language. It is widely believed that the name Eleanor was brought over to England by Eleanor of Aquitaine who went on to marry King Henry II.

Ellie means ‘light’ or ‘bright shining one’ which is a lovely meaning for a baby girl. The most common given names for Ellie, Eleanor and Ellen, also have a similar meaning. Ellen can mean ‘torch’ or ‘light’ and Eleanor means ‘light-hearted or ‘shining light’.

Here are some middle names that work with Ellie. I’ve tried my best to ensure they sound good with Eleanor or Ellen, just in case you want either of these as a given name. Personally, I like the sound of one syllable middle names as they seem to flow well if you have Ellie as a first name.

How popular is the name Ellie?

What famous people are called Ellie?