It’s not a name I hear a lot these days, particularly among millennials or the younger generation. However, Bob was once a very popular name for men, and there were a number of celebrities who had this name.

So if you’re thinking of possible nicknames for your baby boy, Bob might be a good choice as it’s possible it may become fashionable again. Bob is usually short for Robert, even though the first letter is different. Let’s explore this in more detail looking at what the name means, how popular it is, as well as some middle names that you might want to consider. 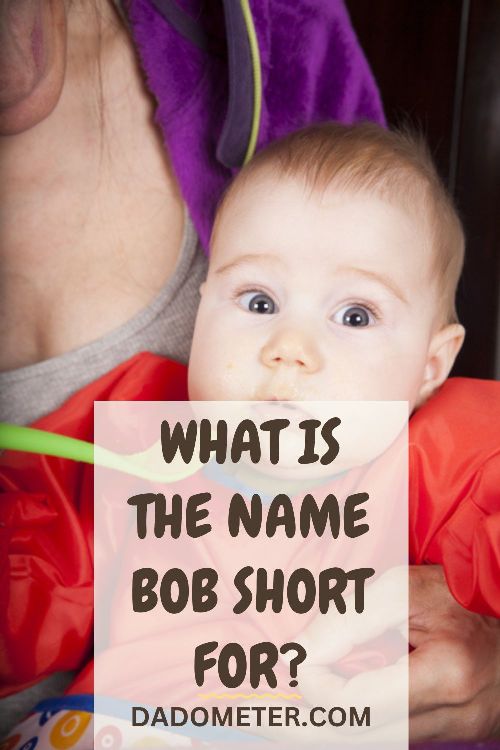 Where does the name Bob come from?

Bob comes from Robert (a Germanic name) but it can also be a shortened version of Bobby.  In the Middle Ages it was common practice to replace the first letter for some nicknames, which is why Bob is short for Robert (and Bill is short for William). This was the trend of the time, but it may also have been done initially due to the Norman occupation of England. Although you can have Rob and Robbie as nicknames for Robert, the softer ‘r’ sound for Rob may have been harder to say in the French language. Having a hard consonant like ‘b’ at the beginning of the name makes it a lot easier to pronounce.

Assuming you decide that Robert will be the given name for your son (and Bob the nickname), Robert means ‘bright fame’.

How popular is the name Bob?

Here are some middle names that will go well with Bob, but I’ve chosen some options that should work with Robert as well. It’s actually a little tricky due to the hard ‘b’ sound at the end of Bob as it rolls into the middle name sometimes a little too easily e.g. Say ‘Bob Oliver’ to yourself and it sounds like one made-up word!

What famous people are called Bob?

Although it might not be a popular name for babies these days, there are still a lot of Bobs’ about!