Come on guys, this is the 21st century. Should we really be asking this question? 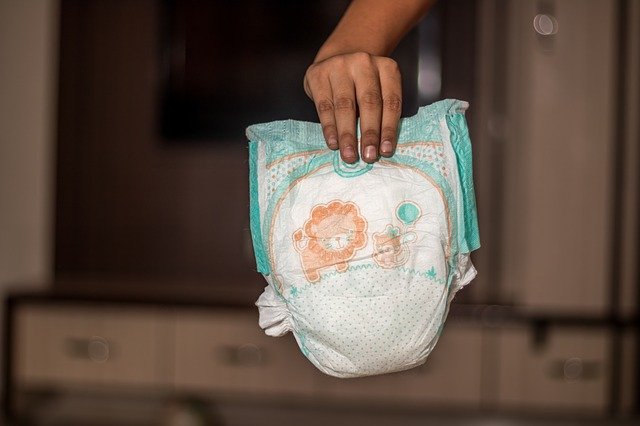 Having said that, there are dads who don’t change their baby’s dirty diaper, and leave it to their partner. Culture and tradition might be a factor as different countries have different views on what mums and dads should do. But in the Western world, these days it’s far more common for dads to do this than previous generations.

In this article, let’s tale a look at this topic in more detail.

Based on the most recent statistics available, the answer to this question is yes, most fathers do change diapers. That being said, each family has their own rhythm and schedule. Dads might change more or less diapers based on their work commitments, living arrangements and other family needs. Sometimes, the decision of who will change a baby’s diaper simply comes down to which parent or caregiver is with the baby when they need a change. Some fathers who might not regularly change diapers, may well be taking on other tasks to care for their family instead.

I know of one couple with two children who share parenting responsibilities equally, who made a deal where mum changes poopy diapers and in return, dad takes care of the cat’s litter tray. They are both more than happy with this arrangement!

What is the average time for a man to change a diaper?

Not all diapers are the same. A wet nappy can take less than a minute to change, while a poopy diaper can take up to 3-4 minutes. Some days your baby will lie still and happily wait for you to change their diaper, while on other days they might put up a fight and it can take longer.

You will want to move fairly quickly when changing a diaper to avoid accidents once your baby is diaper-free. Babies often kick, roll, wiggle and sometimes even pee or poop when they are being changed. It can feel like they are testing you sometimes!

The key is to be prepared. Make sure you have your changing set up in place whether you are on the go or at home. This way, you will be ready when your baby is and you will save time looking for the things you need.

What percentage of dads change diapers?

According to a survey by wipe company, Waterwipes, “three in four dads (75 percent) say that they have changed more diapers than their own fathers did, at this point as parents.” They also found that at least 93% of millennial dads have woken in the night to change their baby’s diaper. These statistics suggest that most modern dads have changed or do change their children’s diapers compared to previous generations.

How does this compare to dads of previous generations?

Things have changed over the years. This is not to say that dads did not care deeply for their children in previous generations because they certainly did, and still do. The roles of men and women within the family have evolved and developed over time.

Dads play a more active role in the practical care of their children than in the past. In a study associated with the University of Warwickshire, it was estimated that 43% of fathers had not changed their child’s diaper at all in 1982. This had decreased to 3% by 2000 and by 2010 the majority of dads stated that they regularly changed their children’s diapers.

How should you change a diaper?

Watch this short video from NHS England for a nice visual tutorial.

How often should you change a baby’s diaper?

Newborn babies will need their diaper changed up to 10 times per day. As babies get older the frequency does tend to go down, but of course, each child is different and has their own needs.

How long can a baby stay in a poopy diaper?

You should try to change your baby’s diaper as soon as possible after they have pooped. This helps prevent nappy rash and reduces any chance of infection. It will also greatly improve the aroma around you!

How long can a baby stay in a wet diaper?

It is widely recommended that you change a newborn’s diaper every 2-3 hours to keep your baby dry and comfortable, unless of course they have pooped or it feels or looks heavy. Then, you will want to change it sooner.

You may be able to extend the time between changes to 3-4 hours for older babies who are in super absorbent diapers. You will tune in to your baby’s own individual needs after a short while and develop a sense of how often they need to be changed.

What happens if you don’t change a baby’s diaper?

That usually means dirty clothes and sometimes even a dirty car seat, crib or home. It’s not the nicest thing to have happen, it is a pain to clean up and it’s unhygienic. Even with regular changes, every baby will have some leaky diapers. It is perfectly normal, but the less chance of it happening the better for everyone.

2. Your baby could develop a rash or even an infection

The longer babies spend in a poopy diaper the greater the chances are of them getting diaper rash. This is uncomfortable at best and at worst it is painful for babies. Babies are also at risk of getting a bladder or bacterial infection from being in dirty diapers for too long.

Do you get used to changing diapers?

You can’t be sure that you ever get used to changing diapers. Some of them really do stink and it can be messy, especially once babies start eating a varied diet! However, it becomes a part of your daily routine of care for your baby that doesn’t phase you after a while. You will find a system that works for you and be able to take care of diaper changes swiftly, and in all kinds of scenarios.

Is it ok to change a diaper when a baby is sleeping?

Yes, although there is no need to wake your baby to do it. When they need a change, pick them up, gently change their diaper and then put them back down. Sleepy babies tend to wiggle less than when they are wide awake so it might make your job that bit easier!