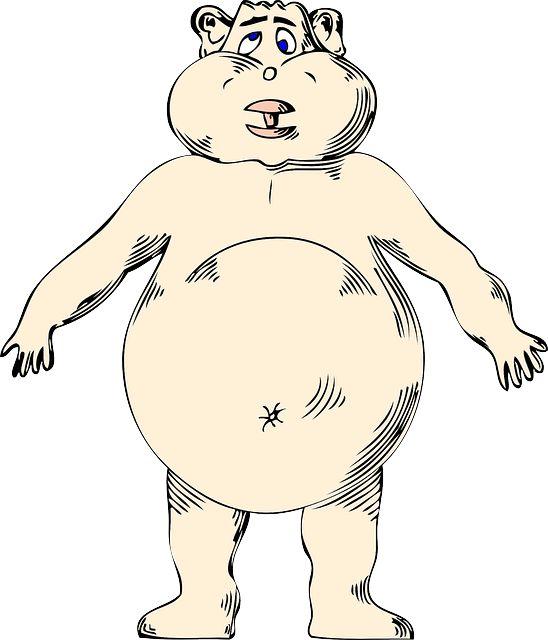 Were you ever one of those lucky kids who could just eat all the time and never put on weight? Lucky you. Unfortunately as the years roll by your metabolism slows down, and for most men, you exercise less and you start to show a bit of a belly.

However, while some men struggle with their weight as they get older, and others really put in the effort to have a lean figure, there are many guys who lie somewhere in the middle. You know, the ones who aren’t slim, not obese, but they have a bit of a belly. The term ‘dad bod’ has appeared in recent years, which represents fathers just like this.

So is a dad bod a bad thing? Or is it ok? Let’s take a look at the pros and cons of having one.

What is a dad bod?

This is a slang term which refers to the body shape of middle-aged men. It’s essentially a cross between a muscular/toned physique and an overweight one.

Why is it called a dad bod?

Although many other people can have a body shape that lies between obese and a well toned physique, it seems to be far more common with middle aged men, who will most likely be fathers too. Hence the name, ‘dad bod’.

Here is a picture of a dad bod (on the larger side!)

It’s hard to know exactly why they are popular, but it might be simply because it looks real. Most guys who have one probably eat the occasional burger and fries, but they’ll balance that with going to the gym occasionally and eating some healthier meals. You’re also more likely to be a family man, spending time with kids and helping out with the chores rather than going for 10k runs every day and working out in the gym any chance you can get.

Also, more men are comfortable having a dad bod, which is surely good for self esteem and confidence. A 2018 survey in the US shows that 23 million men claimed to have a dad bod with 71% believing it is perfectly acceptable. Furthermore, 79% of these men are happier with their body.

Is a dad bod unhealthy?

While having a dad bod creates a positive self image for many men across the world, the danger is that it can promote unhealthy habits. Here’s how you can prevent your waistline from expanding a little too much!

How do you prevent yourself from getting one?

Here are some tips on preventing yourself getting a dad bod in the first place, or just keeping it in check.

This is a very common problem, particularly in the Western world. Put simply, you eat more than you need and the body stores this as excess fat. This increases the risk of developing issues such as diabetes and the development of visceral fat, which is a collection of fat that surrounds the organs and sits in the trunk of the body. By all means enjoy your food, but to prevent the build up of too much fat, have a balanced diet and only eat what your body needs.

Don’t drink too much

At the end of a busy working day, it’s nice to have a glass of wine or bottle of beer to unwind. While there are some health benefits for moderate alcohol use, excessive alcohol consumption is not good at all. It can lead to the dreaded beer belly which builds up over time, along with an increased risk of many illnesses and diseases.

Time is a precious thing when you’re a dad, and trying to balance work and spending time with your family results in very little time for yourself. That being said, you need to find some time each week to exercise. And it doesn’t just have to be just aerobic exercise. It’s good to mix things up with some resistance exercise too.

Can you get rid of a dad bod?

You probably know how to shrink your waistline, and that’s to exercise more, drink less and watch what you eat. But there are some other factors too.

Can you have a dad bod without being a dad?

You don’t need to be a father to have a dad bod. If you’re a young adult male or a middle-aged guy, who enjoys some junk food occasionally and has a bit of a gut to show for it, then you can easily fall into this category.

Surprisingly, many women find dad bods attractive. While some still love seeing a man with rock hard abs, others feel men with a dad bod are comfortable and confident in their own skin, which makes them more desirable. According to a survey on Planet Fitness, around 4 out of 5 women believe a dad bod is a sign a man is confident in his appearance. Furthermore, 65% of women found dad bods attractive and 61% found them sexy!

Who needs a six pack then fellas?

How should you dress if you have a dad bod?

Here are some general tips for what looks best to wear if you have a dad bod (if you’re fussed about such things!)

Here are some other fashion tips if you have a dad bod.

We may be paid compensation when you click on any links to products and/or services. Dadometer is a participant in the Amazon Services LLC Associates Program, an affiliate advertising program designed to provide a means for sites to earn advertising fees by advertising and linking to Amazon and its partners. Amazon and the Amazon logo are trademarks of Amazon, Inc. or its affiliates.