I know it’s a bad habit, but I do go online quite often to read about various baby and parenting topics.. 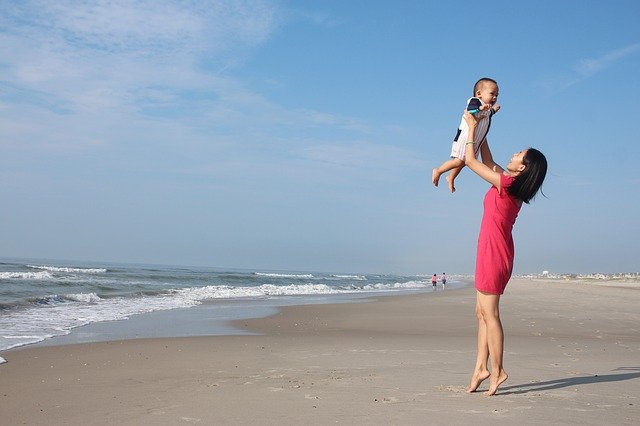 ..especially if it’s a health or behavioral aspect involving Mia.

When I do this, it often leaves me with more questions than answers!

I thought for this blog post I’d compile some of the most popular (and controversial) parenting topics that are often discussed online, and also between friends and family members.

This has been a topic of much discussion ever since formula became a popular option as opposed to breast milk. While there are a lot of studies showing that breast milk is the better option, working mothers, mothers who don’t produce a lot of breast milk, and mothers who simply choose not to breastfeed are all turning to using bottles. This is a popular topic as more and more people choose to really re-evaluate the foods in their diets.

Paying Children To Do Chores

Parents who want a little extra help around the house often pay their children to help out, but this is not without its own controversy. There are some parents who say that paying children to complete chores undermines the fact that children are a part of the family and should be helping out willingly, while others disagree. These parents believe that children are going to be paid when they grow up and have jobs, so they might as well start now and learn the value of money.

Taking Baby To A Bar

Any parent who wants to enjoy time out with friends at a bar will have to find something to do with their child while they are out, but if a babysitter isn’t available, then many parents end up taking their child with them. Some bars and breweries even encourage this and have toys for children to play with while their parents drink, which makes many people ask whether this is really such a good idea.

It seems as though boys have always had toy guns, but with the recent controversy over violence and access to weapons, more and more parents are taking them away. Schools don’t allow play with guns, and children across the country have gotten in trouble for mimicking guns with their fingers. While some parents are glad to see the gun play go, others feel like it is limiting their child’s play.

This has been a popular debate for years, as some people think that piercing ears when children are young is a better option, while opponents want children to be able to make the decision about having pierced ears themselves. Parents who pierce early say that it makes it easier to clean the ears and prevent infections, but others argue that children should enjoy autonomy over their own bodies.

Sleeping when you have a child can be really tricky, and it makes sense that parents would do just about anything to get some shut eye. There are some parents who believe in co-sleeping and think that it allows children to feel more secure at night and to better bond with their parents. Opponents, however cite the possibility of a child being killed in bed by accident, as well as problems with independence, as reasons to avoid co-sleeping.

It can be tricky to corral older children and prevent them from running away or causing a scene, but some people don’t like the fact that parents push their older children in strollers. Parents who do this say that it makes it easy to travel when kids are getting tired, but opponents worry about child safety. They argue that strollers are made for infants and toddlers and that older children can easily get hurt if the stroller were to tip.

How To Blend Families

More and more families are blended, which means that children may live with step parents and step siblings. This changes the entire family dynamic and definitely has its own set of problems. Some parents have differing views on how to blend families and what information to give children. Different approaches can have very different effects on kids and their relationships with their new family members.

Although it’s really common for siblings to argue and fight, this doesn’t make it any easier for parents when their children can’t get along. From taking away toys to making kids wear a large t-shirt until they make up, there are a lot of different ways to handle sibling rivalry. What works for one family may not work for another, which makes it important for each family to carefully choose how they are going to handle the problem.

Children all have their own personalities, and figuring out how that new personality fits into a family can be difficult. This is especially hard when children seem to butt heads with other family members and don’t have a personality that others can relate to. When this happens, parents need to make sure that they take time to understand their child, how they see the world, and how they respond to different parenting styles.

More and more parents both have to work outside of the home, which makes it difficult for some families to know how to take care of their children. Rather than turning to expensive child care facilities, many families are relying on grandparents to help raise their children. While this works for some families, others have a lot of problems with this arrangement and don’t think that it’s the best option for the kids.

Matching Parenting Styles To Each Child

Every child is different and is going to respond differently to certain parenting styles. While many parents may think that they know the right style for them to use with their children, sometimes they need to be able to adjust their style. This makes it possible for them to better meet the needs of each of their children while offering them the support that they require.

Positive parenting makes use of positive features such as respect and support to a child. Parents take on many different roles adopting this style such as a mentor, friend and guide as they help their children grow and learn.

This style of parenting involves giving children a lot of freedom to do what they want. Parents don’t usually set boundaries on instil discipline for their children, which means there are very few rules to follow or expectations to meet.

Commonly known as “redshirting,” this is when parents hold their children back from kindergarten for an extra year. While some parents may have legit reasons to do this, others simply think that if their children are older and larger that they will have more success in school, in academics, and even in sports.

To Vaccinate Or Not Vaccinate?

Vaccinations came under heavy fire in recent years, and this is a very passionate topic for parents on both sides of the issue. Some parents worry about the health problems that vaccines may cause their children, while others want to make sure that they take advantage of every option that they have to help protect their child against the possibility of future illness. There are doctors on both sides of the debate, which makes it even more confusing.

There’s a lot of news recently about what is really hiding in food and whether or not certain things are okay for adults and children to eat. This can make it really confusing for some people who are trying their best to feed their children, but who may have limited access to fresh foods or are on a tighter budget. The food debate can get really heated, as some parents only opt for GMO-free and organic foods, and others reach for snack packs to get their children through the day.

For a long time the only accepted place to have a baby was in a hospital, thanks to how sterile and safe the environment is. In recent years, however, moms are looking for more natural ways to birth and heading to birthing centers and even giving birth at home. Part of the appeal of home births or giving birth at a birthing center is that some moms are interested in natural births and don’t want to feel like they are having drugs forced on them.

Packing a child’s afternoon full of extracurricular activities seems to be the new norm as parents fill up time after school for children who are as young as kindergarten. They state that these activities will not only help to make their child a more well-rounded person, but also improve their chances of getting into a good college when they are a lot older. Opponents think that children need more time when they can enjoy unstructured play by themselves or with friends and that providing too many structured activities can backfire.

Some parents and educators are saying that “Pre-K is the new Kindergarten,” and more and more parents are putting their children into early education preschools to help them get a head start on learning. While it may be impressive for a 4 or 5 year old to read, there are some parents who argue that this is not the best use of a childhood and that kids need more time to play and enjoy themselves.

Parenting Gets Easier As Children Get Older

Does it? I’m not so sure. Of course the early years are the most tiring physically. But this is slowly replaced by emotional worry and stress as children go to school, and make friends (good and bad!). Check out this blog post for more detail on this topic.

Most people will admit that there are some problems with public and private schools, and this dissatisfaction leads many families to homeschool their children. Proponents say that this is a great way to customize a child’s education and to remove them from an unhealthy environment. Opponents worry about child development and social skills when they are removed from school.

What do you think about any of these parenting topics?

Do you agree or disagree with any of them? Or maybe you have a strong opinion on doing things a certain way

Please leave any comments below.