There are some difficult conversations to have with your child along the way and anything to do with politics can be challenging for many of us. While these chats may not come easy, it is important to help your child navigate the world and develop an understanding of the systems that govern us. Let’s start with how to explain Democrats versus Republicans to a child. We will look at what each party believes and discuss ways to help children make sense of the parties’ core beliefs. 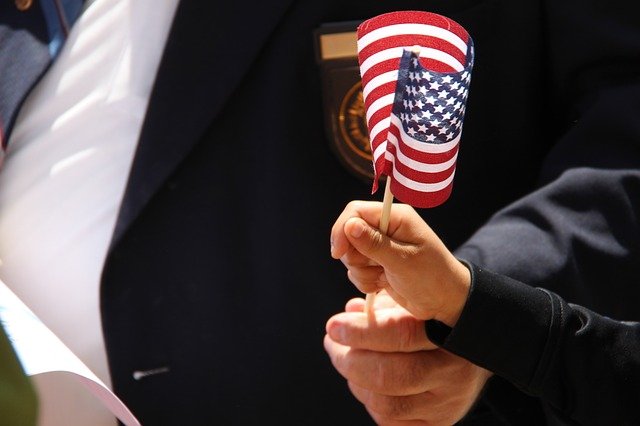 What is the difference between Democrats and Republicans?

What does the Democrat and Republican party believe?

Here’s a quick summary of the some of the main beliefs of both parties.

Democrats are seen to be more liberal in their views and actions. Republicans tend to be more conservative and lean towards the right.

On one hand, Democrats believe in higher minimum wages and taxes that increase as wages do. They support more government regulation of the economy overall. On the other hand, Republicans advocate for lower taxes for all and very little government intervention in the economy. They believe that wages and the cost of living should be set by the free market.

Democrats are largely in favour of communities working together to support one another and social responsibility. They believe we are all in it together. Republicans also value community but put a strong emphasis on individual rights and justice.

Democrats have voted in favor of health care access for all, abortion rights and gun control efforts. They also largely oppose the death penalty and have backed gay marriage rights. Conversely, the Republican party generally supports private health care, flexible gun rights and the death penalty. Many members of the party oppose gay marriage and open access to abortion.

Finally, while both parties have strong support for the military, the Democrats believe the United States should have a smaller military presence and investment. The Republicans tend to support increased military spending and presence.

How do you explain Democrats vs Republicans to a child?

You may find that even young children have heard the names of the parties and might even know some famous names such as Joe Biden and Donald Trump. Most children know who the president is and understand that they are in charge of making decisions for the country.

Based on the age of the child you are talking to will depend on what you talk about next. It’s important to have an age appropriate conversation about this topic. Of course, all children are developmentally different and will process information at their own level. Use your best judgement and listen to their needs.

Let’s break it down by age range and list some talking points as a guide for your conversations:

This is by no means a one-fits-all guide to talking about the Democrats versus Republicans and each child will have their own level of understanding. Follow their lead as well as your gut for what they are ready to comprehend.

Are there some simple analogies so a child can understand?

Start small with some simple analogies that your child can understand based on their age and awareness of how the parties work. Here are some ideas that may work for you and your child:

How do you prepare for the conversation?

Sometimes there isn’t any time to prepare for the conversation because it often comes up when children overhear something in the moment. If you feel as though you aren’t ready, let them know you will talk about it soon and hold to that promise. In the meantime, spend some time researching what you will say. Ask your child where they heard about the Democrats and Republicans and find out what they already know. Use this information as a jumping off point.

Remind your child that even though we all have different ideas and ways of thinking, we need to work together to live well together. These are not easy conversations and you may be asked difficult questions. It’s okay to tell your child that you don’t know something and that you will try to find out the answer.

When it comes to talking about difficult topics such as gun control or abortion, that you may find tough to cover with children, follow your gut and their lead based on their age and understanding. Save topics that might be best for when they are older or if you are asked a direct question about a tricky issue keep your answer simple. Take your time and remember you can always revisit these discussions later.