Toddlers are fascinating tiny humans with their own personalities, interests and even what seems to be their own language. Let’s take a look at what is considered normal speech development for toddlers as well as what their babbling and made up words mean. 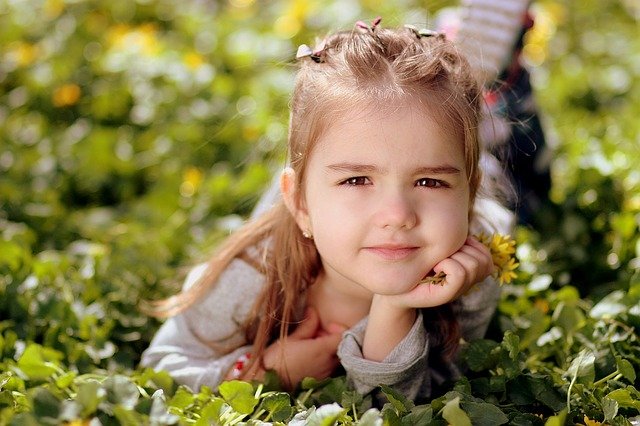 Is it normal for toddlers to make up words?

Yes, it is. There are two stages of speech development when toddlers do this. The first is between 12-24 months when your little one is testing out sounds and trying out their newfound communication skills. Young toddlers will make up words as they go and some might stick around for a while. You might find yourself using them too! This is completely normal and a major component of how we learn to speak.

The second stage where toddlers make up words starts when they are around 3 years old. At this point most toddlers are playing around with sounds, and learning about rhyme and rhythm. This is another important part of their development as their imaginations grow and they begin to read. You can read more about this stage here.

There are studies like this one that delve further into how toddlers communicate by creating their own sounds and seemingly nonsensical words. Toddlers also find it funny to make up words and play around with their speech as they learn. Furthermore, some toddlers like to have their own secret or special language with a friend or sibling, which might simply be part of a game or relationship for them. This is all part of the learning process so there is no need to worry in most cases.

Is babbling still normal for toddlers? When should they stop doing it?

Young toddlers, aged 18-24 months often babble nonstop because they are busy trying out new sounds and words. From around 2 years old, your toddler is likely to begin swapping babble for words. At first these words might be missing the end or only make sense to you, but they are still the all-important beginnings of talking.

According to KidsHealth, between the ages of 2 and 3 most toddlers will babble less and talk more as their speech develops at a rapid speed. That being said, do bear in mind that every child is different and develops at their own pace.

What words should your 2 year old be saying?

Most 2 year olds will be able to say around 50 words, things like mama, dada, other family members’ names and familiar household items. Some children will have more words at 2 years old and others may speak fewer. Your toddler’s vocabulary is likely to increase very quickly and they may know as many as 1000 words by their third birthday.

More important than how many words they know by the time your little one is two is that the words they are saying have the correct meaning. For example, when they say daddy are they looking or pointing at dad. It is key to check their understanding and awareness. If you have any concerns you should contact your doctor.

When should you worry about your toddler not talking? What is a late talker?

For starters remember that there is no set timeline for your toddler to start talking. There are however some general milestones to look out for. By age 2 most toddlers will:

By age 3 most toddlers will:

A late talker is a toddler who has a good level of communication and understanding generally, but does not have strong verbal skills yet.

If you are worried that your toddler could be a late talker contact your doctor for advice.

Most late talkers catch up verbally to their peers between 3 and 5 years of age and are just as capable and intelligent as early talkers. For children who are not developing typically the late development of language skills can help to diagnose an autism spectrum or language disorder.

The message from experts is that most toddlers will talk in their own time and it will not affect them down the line. It is worth keeping the milestones above in mind and it never hurts to ask a medical professional if you have any questions. Some children benefit from speech therapy and other support as they learn to talk.

What language development activities can you do with your toddler?

What causes speech delay in toddlers?

Many speech delays in toddlers are caused by an oral-motor delay problem where the brain can’t quite get the right messages to the mouth and jaw. Other common reasons for delays are oral impairment or hearing problems.

In some studies, prematurity has been connected to talking later. Some children who suffer neglect and/or other abuse may speak later too.

Is too much TV bad for toddlers? Can it cause speech delay?

It is widely agreed that too much TV can delay the speech of toddlers. This study found that children who began watching TV before 12 months and who watched more than 2 hours of TV per day were six times more likely to have language delays.

The more time toddlers spend watching TV or looking at a screen, the less time they spend interacting with you or engaged in independent, creative play – both of which support speech development. Therefore, it is important to monitor how much TV and screen time your toddler gets each day.

How much screen time should a 2 year old have?

The Mayo Clinic advises that children aged 2-5 should have a maximum of 1 hour of TV or screen time per day. They also encourage parents to show high quality programmes during this time.

This can be hard to manage in busy households when screen time buys parents time to do all the other things they need to do. Be kind to yourself when things don’t go to plan. It’s also worth having a look at this helpful article for alternative ideas and activities to screen time to try with your family.