According to the Pew Research Center, in 1968, 85% of all US households had two married parents looking after their children. Fast forward around fifty years, and this figure has dropped to 65% in 2017. Furthermore, during the same period, the rate of single mums raising children has nearly doubled from 12% to 21%, meaning 1 in 5 children are living with just their mother as of 2017. 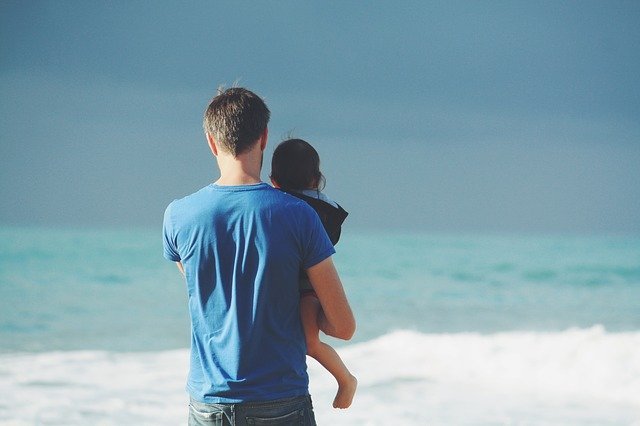 And the figures are concerning in the UK as well. In 2019, there are around 15% single parent families, with an even higher figure in London of 19%.

Having an absent father has a damaging effect on the wellbeing of children, and unfortunately many dads who have decided to leave the home, don’t support their kids financially or have any physical contact with them.

The term ‘deadbeat dad’ is a common term used to describe such fathers, but sometimes the situation is a little more complicated. Some dads may have lost their job, or find themselves earning very little so they can’t support their family. In this article, let’s take a look at deadbeat dads in general, whether they can actually change their ways, as well as some of the signs of a bad father and the effect it can have on children.

What is a deadbeat dad?

A ‘deadbeat dad’ is generally considered a father who intentionally doesn’t pay child support even when instructed to do so by a family court or agency. This term doesn’t apply to dads who can’t pay due to losing their job or other unforeseen circumstances, but rather for fathers who have the ability to pay, but choose not to. However, the term can also apply to dads who don’t have any physical contact with their children either.

What are the signs of a bad father?

There are several signs of a bad father. Here are just a few of them:

Neglect and physical or emotional abuse

Any form of violence against a child is extremely damaging psychologically in the long term as well as physical pain in the short term. Although children need discipline when they do wrong, corporal punishment is never the answer, as well as excessive yelling and calling them names. Neglect is also very damaging to a child’s wellbeing, as it can lead to low self-esteem and social withdrawal.

Dads should be role models to their children, but if they use bad language in front of them, don’t be surprised if they start using it as well. Also, if dads drink, smoke or take drugs, their children are far more likely to take up these activities when they are older.

If parents spend too much money on their children, they can grow up not really understanding the value of money. At the other extreme, if parents are quite stingy spending money on their kids, they will miss out on a lot of things and have low self-esteem, especially when they see what their friends’ parents do for them.

Showing any form of favouritism for one sibling over another can lead to depression for the child who feels rejected. In fact, it’s not great for the favoured child either, as it can lead to problems forming relationships when they are older.

Do deadbeat dads ever change?

Anyone can change, especially given a fair amount of time, although generally it’s hard to defend deadbeat dads. However, while not supporting a child seems unforgivable, especially if the father has the means to pay, it can depend on the circumstances. Maybe the dad in question was very young and immature when he found it he was going to be father? Maybe he panicked and didn’t think he would be a good dad? Years pass by, and after some soul searching maybe a deadbeat dad suddenly decides he wants to be a part of his child’s life.

Also, it’s possible there were some drug, gambling or alcohol issues which would have made him a bad father. If a deadbeat dad can clean up his act, maybe he deserves a second chance?

Some probably do, where as others not. It depends on their character, and also the reason they’ve become a deadbeat dad. Maybe some don’t feel they’ll be a good father? Maybe some are scared they’ll let down the child? These reasons may seem strange to most fathers, but they can be a big driver of guilt in many absent dads. However, unfortunately many deadbeat dads just don’t care.

How do you deal with a deadbeat dad?

How does an absent father affect a child?

While some children can still thrive in fatherless households, especially if the family unit and support is strong, generally it’s a lot tougher. Here are some ways in which a child can be negatively affected by absent fathers:

How many fathers abandon their child?

According to the US Census in 2020, 1 in 4 children live without a father in their household. This statistic applies to biological, step or adoptive fathers.

How do you tell your child their dad is a deadbeat?

Trying to explain the situation to a child can be very challenging. Here are some tips which may help a child cope a little better.

As tempting as it might be to speak ill of a deadbeat dad, just stick to the basic facts and avoid saying lots of negative things about a child’s father. As they grow up, they’ll figure things out on their own and reach their own conclusion.

Children are bound to feel anxious and rejected about having a father who’s a deadbeat. Tell a child it’s ok to feel upset. Parents can also say they have the same feelings too, which may help to put the child at ease a little. However, it’s very important to reassure the child and say it’s not their fault. Parents will have to repeatedly say this to their child for many weeks and months, so they don’t feel they are the reason their dad doesn’t want anything to do with them.

Parents don’t need to give a lot of detail about the situation, but they should answer questions as simply as possible. A parent shouldn’t project their own worries and thoughts about a deadbeat dad onto their children.

For some other advice, this article has some useful tips on talking to a child about a deadbeat dad.