If you and your partner are of different nationalities and you’re expecting a baby soon, congratulations! However coming up with a name that sounds good in both languages can be difficult. I know this situation all too well. My wife is Russian and I’m from the UK, and one of the biggest issues we faced was that in Russian they use a lot of diminutives. For example, we chose Daniel for my son (Danny or Dan for English nicknames). However, for the Russian equivalent, Danil, you can say Danya, Danechka, Danka, Danilochka, Danyusha, and there are others!

So if you’re planning on raising a bilingual child, you often need to factor in some of these cultural differences when you’re thinking of a name. Above all though, the three main things to consider are making sure it sounds good in both languages, it’s easy to pronounce and it’s easy to spell. In this blog post you’ll discover a list of boys’ names to consider for bilingual children. 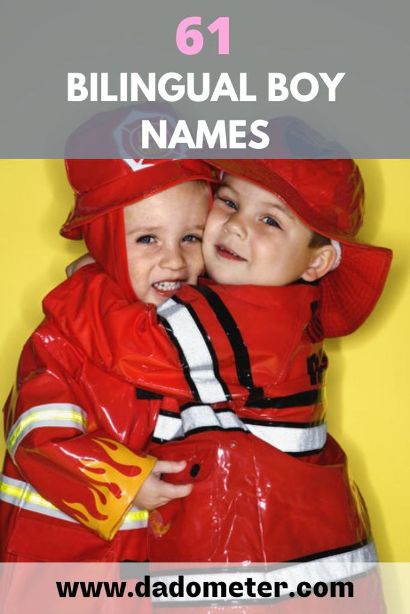 Below you’ll discover some names for French, Spanish, German, Italian and Portuguese children, all of which sound ok in English (in my opinion). On this list you may see the same name more than once as it can be a popular choice in different countries.

An important consideration when coming up with a boy’s name is that some choices can sound more feminine in another language. This is definitely true when you compare some French and English variants. For example, if you opt for Michel, this sounds like Michelle in English. In this case you might want to choose Michael instead and the French in-laws can always call him Michel if you like.

Tips on choosing a name for a bilingual boy